Our Catalog
Updated
10/14/2021
Make a choice from any of our categories below
Featured Item
.52 Sharps Carbine Tie-Ring Paper Cartridge 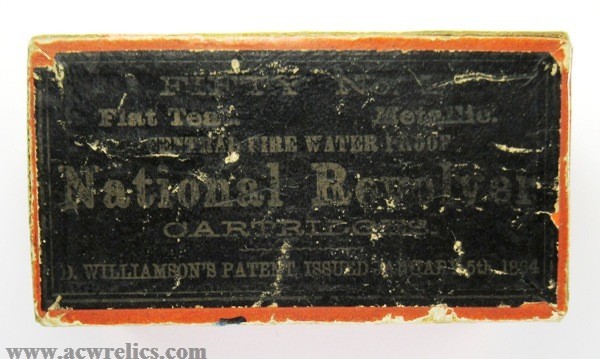 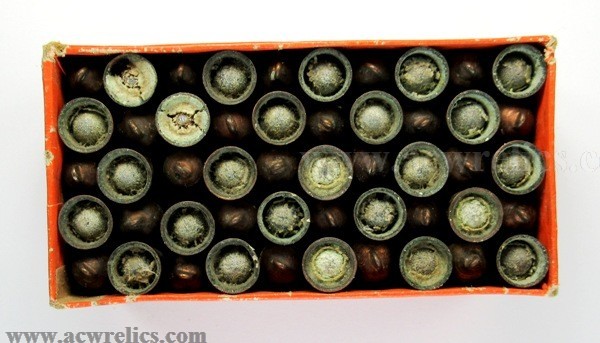 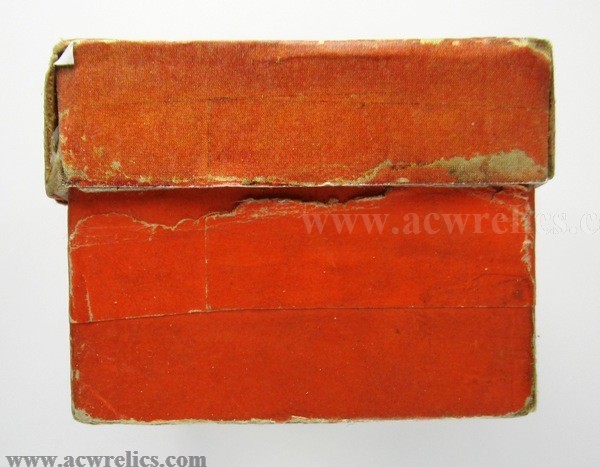 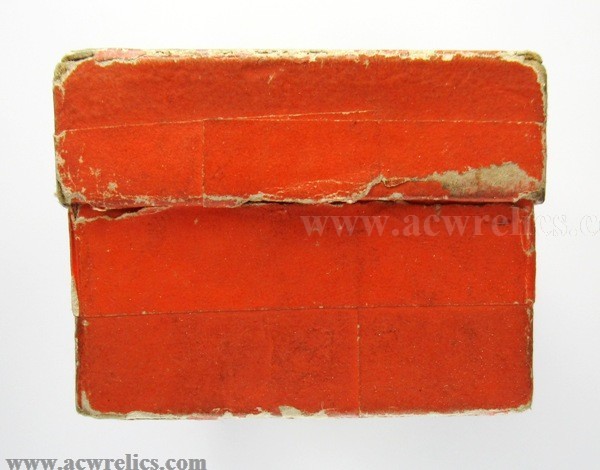 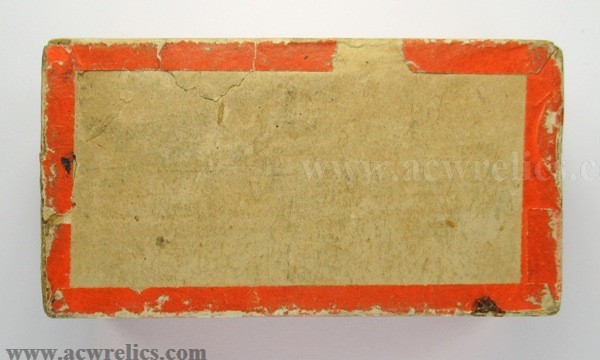 Description: Here is a scarce pasteboard box for the National Revolver ammunition. The box is orange with a black label and gold lettering. This box contains 50 .32 No. 1 Flat Teat-Fire Cartridges. The box is complete with a few small issues. The lid has three stabilized seams and the left end is rebuilt. This style of box and label is considered the third style of packaging for teat-fire cartridges. These cartridges were patented by David Williamson of Brooklyn, New York on January 5, 1864. The patent was assigned to the Moore's Patent Fire Arms Company of New York. Thomas states that the cartridge, "was developed explicitly for a revolver that could circumvent the Rollin White/Smith & Wesson patent." The nipple or teat held the fulminate while the casing held the ball and powder. The flat teat variants were known as the No. 1 cartridges while the round teats eventually became know as the No. 2 cartridges. These cartridges were manufactured expressly for the "National Revolver produced by Moore's Patent Fire Arms Company of Brooklyn, New York.