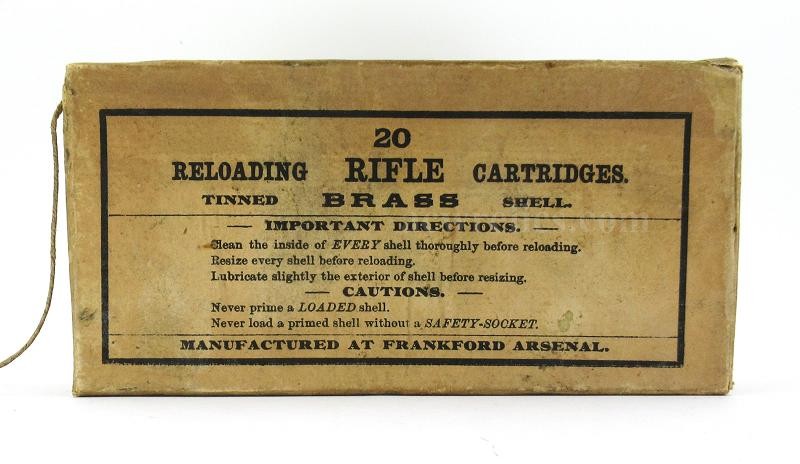 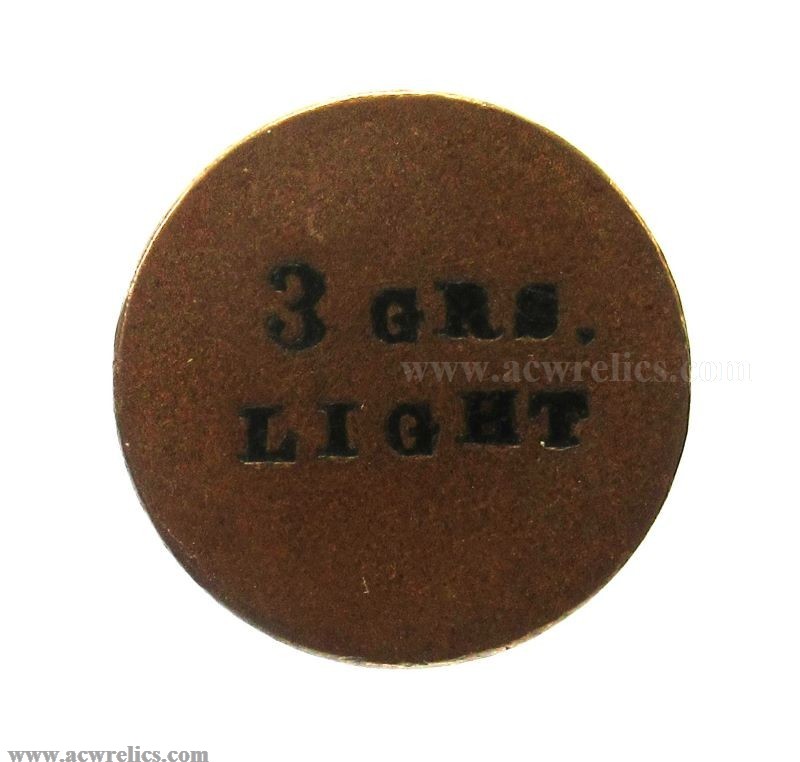 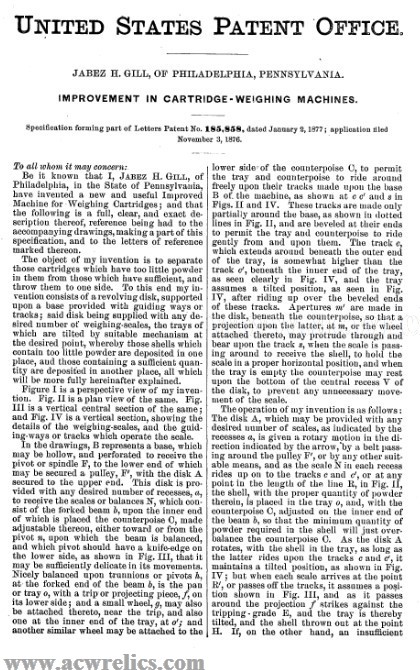 Click on an image to enlarge
Z5596 Rare .45-70-405 J.H. Gill Cartridge, HS: 3 GRS LIGHT
Description: Here is a very rare .45-70-405 audit or check cartridge used in conjunction with the Jabez H. Gill cartridge weighing machine that was patented on January 2, 1877 as Patent No. 185,858. According to the IAA article, "During late 1875 and early 1876, Gill was working on a prototype automatic cartridge weighing machine to detect low and no powder charges for small arms ammunition.” "Cartridges with less than the required minimum charge would not be able to overcome the balance arm counter-weight and would stay horizontal or slightly rise and these would be” dispensed into a reject tote. This cartridge first appeared in the IAA Journal No. 380 Pg. 42 and was submitted by Charles H. Elias. F.W. Hackley and E.L. Scranton wrote an article pertaining to the cartridge machine in the following IAA Journal No. 381 on page 20. Hackley and Scranton write, "This round was probably designed to be failed or rejected by the weigh machine on the carbine cartridge line.” This cartridge is thought to contain no powder and an inert Benet primer based on an X-ray that was done at some point. There are two primer crimps approximately .200” from the base and the spacing between them is .050” which would place this cartridge in the 1875-1877 range. It is thought there may be other with different weights but as far as I know, this is the only one discussed in publication. There is one very tiny dent on one side of the copper casing. An excellent and rare Indian War cartridge! If you are bored and have some time, check out the other machines developed by J.H. Gill on Google patents!
Headstamp: "3 GRS. LIGHT”
Measures: OAL 2.563” CL 2.091” RD .606” HD .502” Weight 613 grains
Reference: IAA Journal No. 381 Pg. 20 by Hackley & Scranton
Price: $1,495.00 UPS Shipping Required
Shipping Weight: 0.25 lb
Item # Z5596
Your Price $1,495.00 USD