Our Catalog
Updated
11/24/2022
Make a choice from any of our categories below
Featured Item
George North & Co. Keep Tryst Stove Plate (Harper's Ferry) 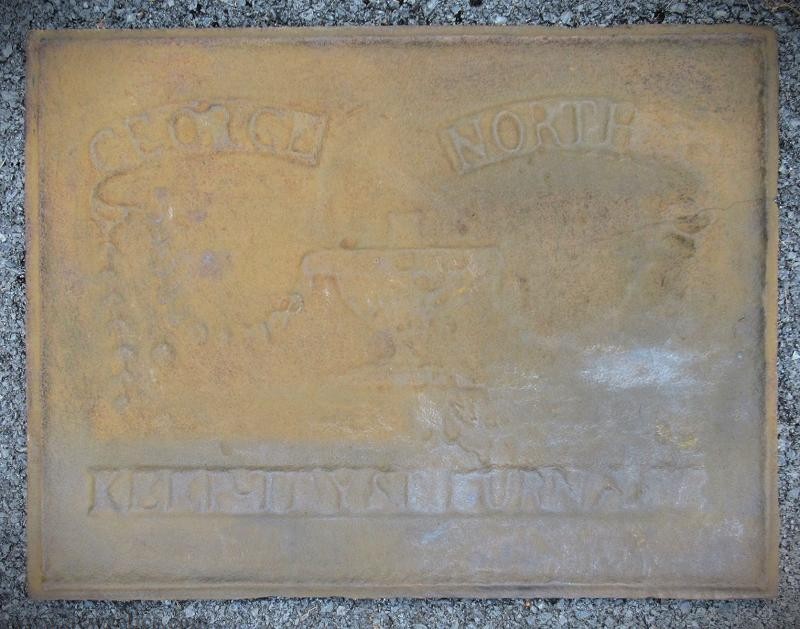 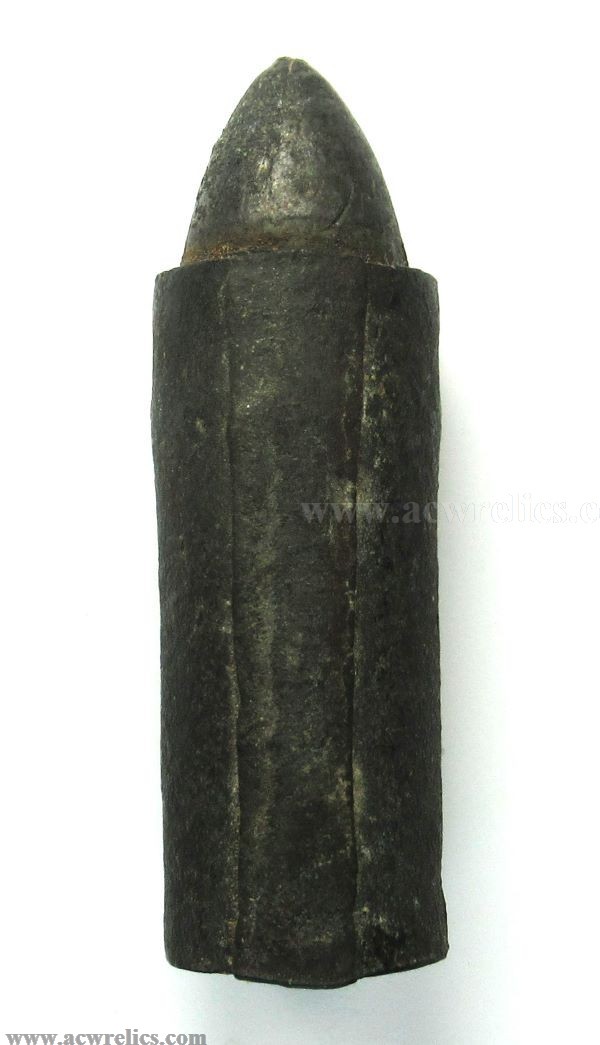 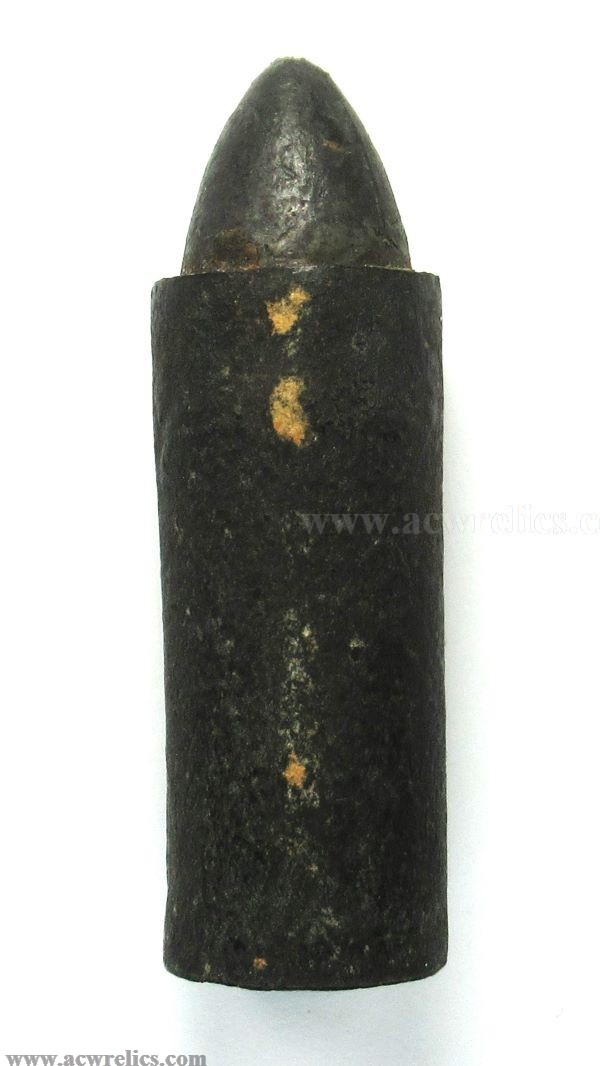 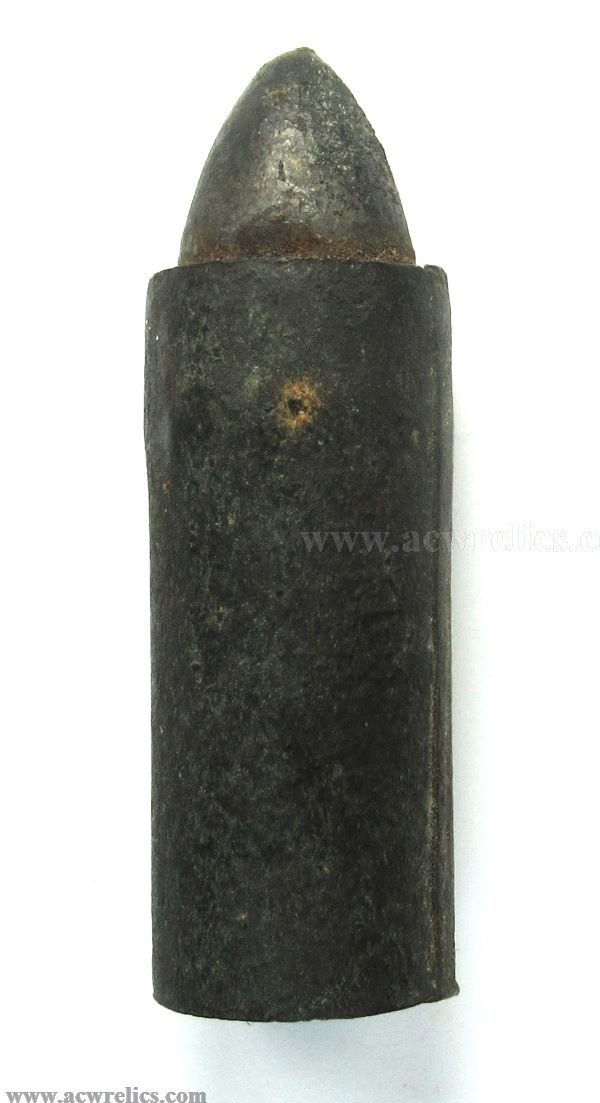 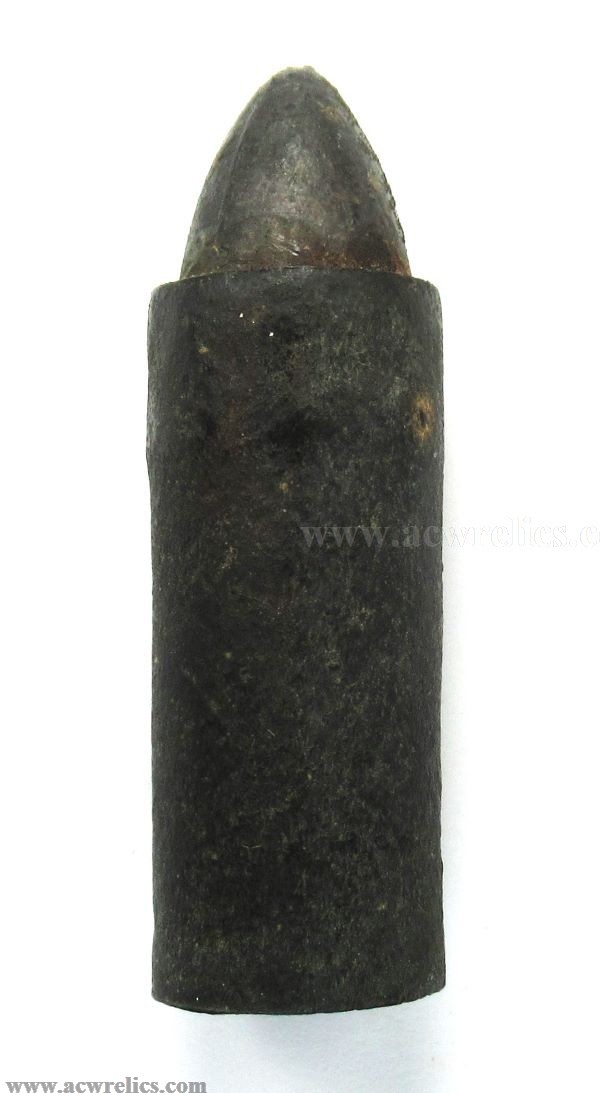 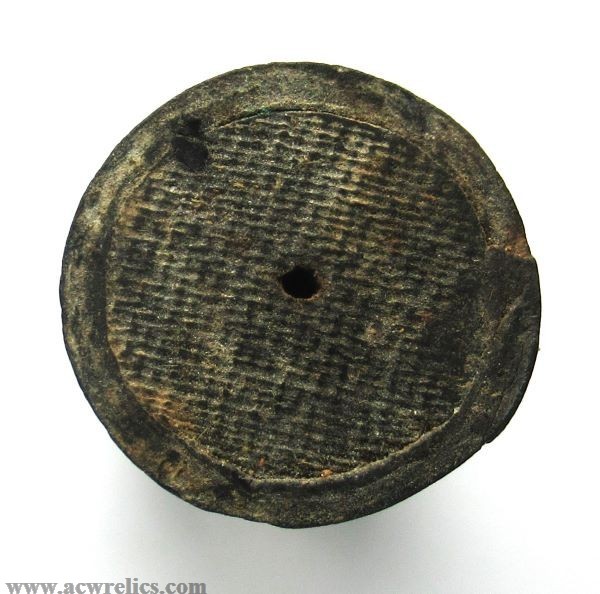 Click on an image to enlarge
Z5704 .50 Smith Carbine Rubber Cartridge
Description: Very nice .50 Smith carbine rubber cartridge. This style of cartridge was patented by Gilbert Smith of Buttermilk Falls, New York. The original Patent No. 17,702 was awarded to Gilbert Smith on June 30, 1857 for an "improvement in cartridges.” The same patent was later reissued as No. 598 on September 14, 1858.
One of the main issues with breech-loading firearms of the era was the lack of a consistent gas check. Most cartridge designers around the American Civil War attempted to create a gas check with their cartridges. The idea behind Smith’s rubberized cartridge is in the elastic property of the rubber.
Part of the original patent reads, "What I claim as my invention, and desire to secure by Letters Patent, is-, Making the cartridge case, or at least the cylindrical portion thereof, of india-rubber cloth or vulcanized india-rubber, so that, though entering loosely into the chamber, by confining it within the chamber it may be expanded laterally by the force of the explosion of the charge against a joint between the barrel and breech, made near the middle of the chamber, to close the same hermetically, and (unlike metal) may, after the explosion, contract itself by its own elasticity, so as to admit of its being easily withdrawn from the chamber by the fingers of the operator, substantially as described.


This cartridge was the only one left in an original packet manufactured by Poultney & Trible of Baltimore, Maryland. It is in minty condition with an excellent seam running up the side. The tan spots on the side are from the original pasteboard box. I have included a picture of the top label which is not included with the cartridge. This isn’t a cartridge that I run across very often in decent shape. I’ve been fortunate, to have come up with three in the past two months. This is the first example with what appears to be a cross hatch pattern on the base.
Measures: OAL 2.002” D .648”
Reference: "Round Ball to Rimfire” Vol. 2 Pg. 236 No. 564
Price: $375.00 UPS Shipping Required
Shipping Weight: 0.5 lb
Item # Z5704
Your Price $375.00 USD