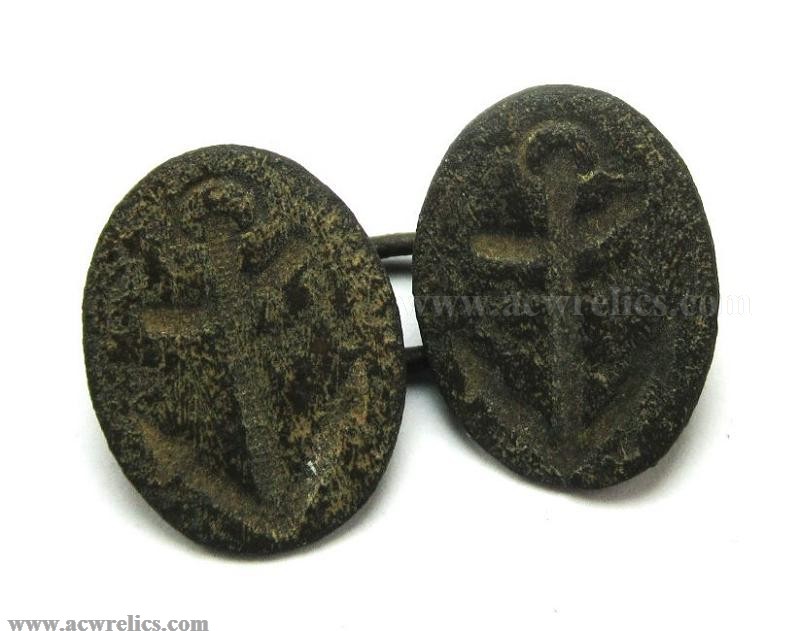 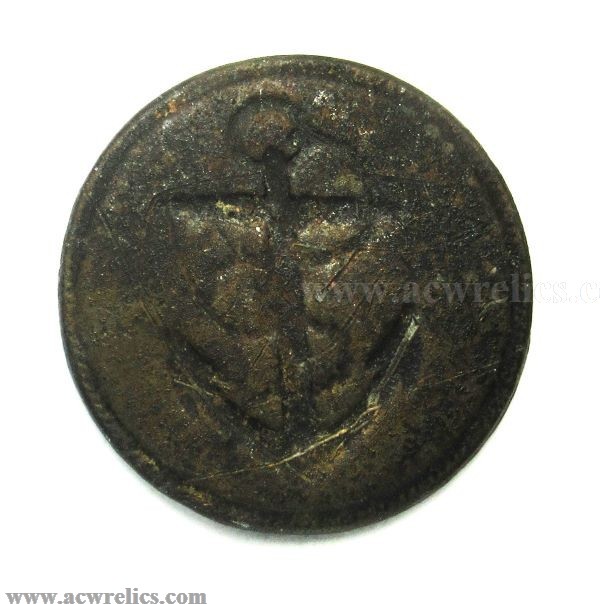 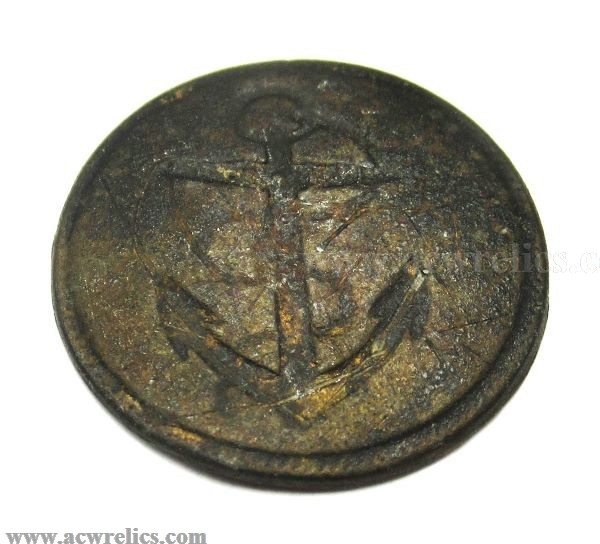 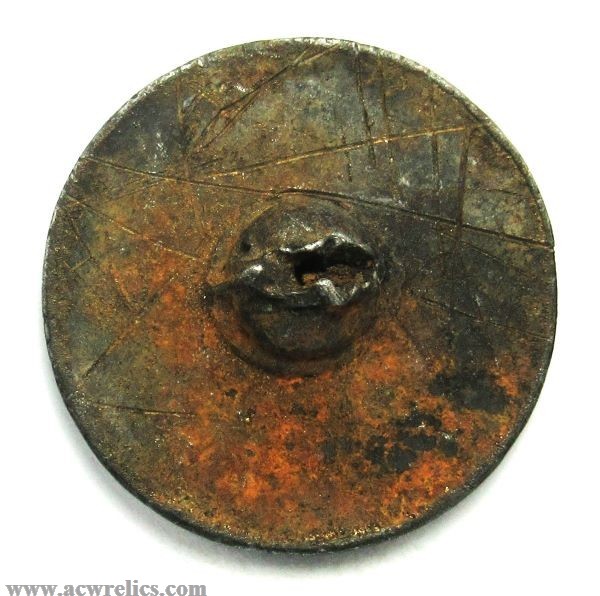 Click on an image to enlarge
Z5997 British Marines Coat Button
Description: Very nice, excavated one-piece pewter coat button. This example is obviously a water recovery. The center has an incised fouled anchor with a pie crust border. The iron shank has rusted away. The front and back are in excellent condition.
This style of button is known as the pre-1802-1803 British Marine button. In 1802/1803 the British Marine pattern changed to the "Royal Marine” pattern with a wreath across the bottom. Generally, this style of button was used from the Revolutionary War Era on up through the War of 1812. One difference that I can see between the two are the sizes. Don has the Rev. War ones as 24mm and the later examples at 22mm. Another trait that I can see is that the inside portion of the face seems to be thicker and slightly rounded whereas this example has a flatter face. As far as a timeframe, I would think this button would date to the late 18th century, or very early 19th century. Buttons of the same pattern that are a little later tend to have a reinforced rim on the back.
Backmark: Blank
Measures: 22.56 mm
Recovered: Unknown
Reference: "Insignia of Independence” Troiani & Kochan Pg. 112-114 No. BMD, BMR, or BMP without a backmark
Shipping Weight: 0.25 lb
Item # Z5997
Your Price $125.00 USD